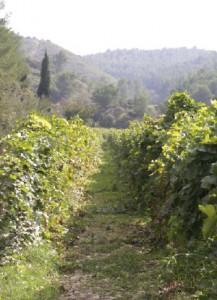 Les Baux is a very small appellation covering only 325 ha (812 acres), the western appellation in Provence and closest to the Rhône river.

80% of the growers in the appellation are organic or biodynamic.

Reds must be matured one year before marketing.

For reds : traditionnal mediterranean grapes based on Grenache noir, Syrah and Mourvèdre that must amount to 60 % of the blending. Cinsault, Counoise and Carignan, limited at 30 % maximum of the blending and Cabernet-Sauvignon with 20 %maximum.

For rosés : the same rules, maximum 10% of Cabs in the blending. They must result from the bleeding method of a vat. 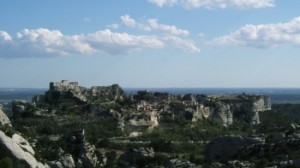 Les Baux AOC are spreading on both sides (north and south) of the small Alpilles range. Most of the wineries settled on the northern orientation.

Vine are planted on slopes and terrasses. Grounds are deep and stony, made of mixture of clay and limestone (argilo-calcaires), limestone and marl or sediments of sand and gravels. Quality of clay in the Alpilles garanty a perfect nutrition process, a fine roots development and resistance to drought. 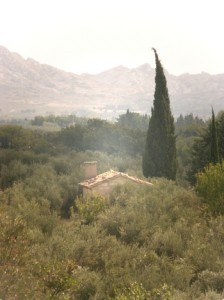 The mountain is playing an important role in the micro-climate. The northern side is cooler and more humid, wine are fresher ripening later, on the souhern part, wines are more heady and fulbodied.

Vines a scattered within forest and garrigue : the vegetaion and scenery are protecting vines from chemical agressions and keep are relative freshness in summertime.

Under the Mistral influnce from the Rhône Valley, that wind prevent vines from cryptogamic diseases as drying the leaves preventing rot. That one of the main characteristic of the Baux AOC.