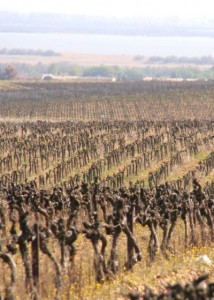 The Costières de Nîmes vineyard (the largest gravel or « villafranchien » terrasse in Europe : 24 km long x 12 km large (14,4 x 7,2 miles) spreads on the Rhône right bank. The landscape is an alternation of small hills and plateau at an altitude ranging from 20 to 147 m.

That area is bordered in the north by the plain of Nîmes and in south by the ponds of Camargue.

That territory links Provence to Languedoc as an hyphen. The eastern part of the Costières is lined by the Rhône river, the Mistral there is playing a very important role.

Costières is subjects to the mediterranean climate with long hot and dry periods from june to mid-septembre. Mild and dry winters Irregular rainfall with an average of about 730 mm 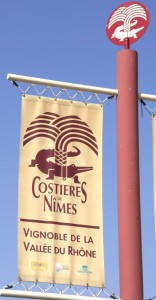 (sligthly less than the French average) per year. In autumn violent rainstorms provokes flasfloods with a rain amount going from 200 mm to 550 mm in 2 to 10 days !

A real territorial geological unity, with variations scattered locally. Grounds are made of quaternary deposit scientifically called villafranchien. During the deglaciation process, Durance river in the northern part of the massif, and Rhône river in the southern part brougth deposit in layers going from 5 to 25 m deep. 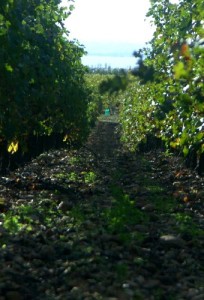 ones and sands enable to drain water, these ground help vine to bore the ground, finding moisture and nutrients. As at Châteauneuf du Pape, stones accumulate the heat from the sun and release it during the night.

These stones are seen as precious growing conditions under the heat periods in summer : stones favours a better roots system and early life cycle, drains water (crucial during the heavy rainfall) that prevent rot during the harvest period.

Proximity of sea and ponds (Camargue) affects the climate, particularly in the southwestern part of the Costières. In summer a sea breeze (called there Garbin) covers the vine at the end of the day : that Garbin brings humidity and cools the temperature. Difference of T° between night and day favours maturity of 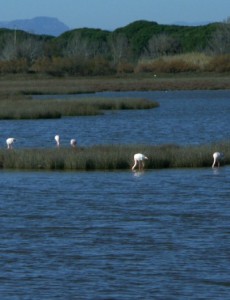 For Costières wines, red, rosés and white : the blending of at least 2 varieties is compulsory.